This post is now out of date after a number of MBED wrapper related bugs were fixed in 0.4.2. Long story short the EventQueue caused all kinds of problems that took a while to track down. The updated examples are similar to the one in this post, the only change being the EventQueue instance is no longer required.

Version 0.4.0 of LDL has been released and it includes an updated MBED wrapper with support for CMWX1ZZABZ based hardware.

If you want to evaluate this module on MBED the best development kit in my opinion is the DISCO_L072CZ_LRWAN1. 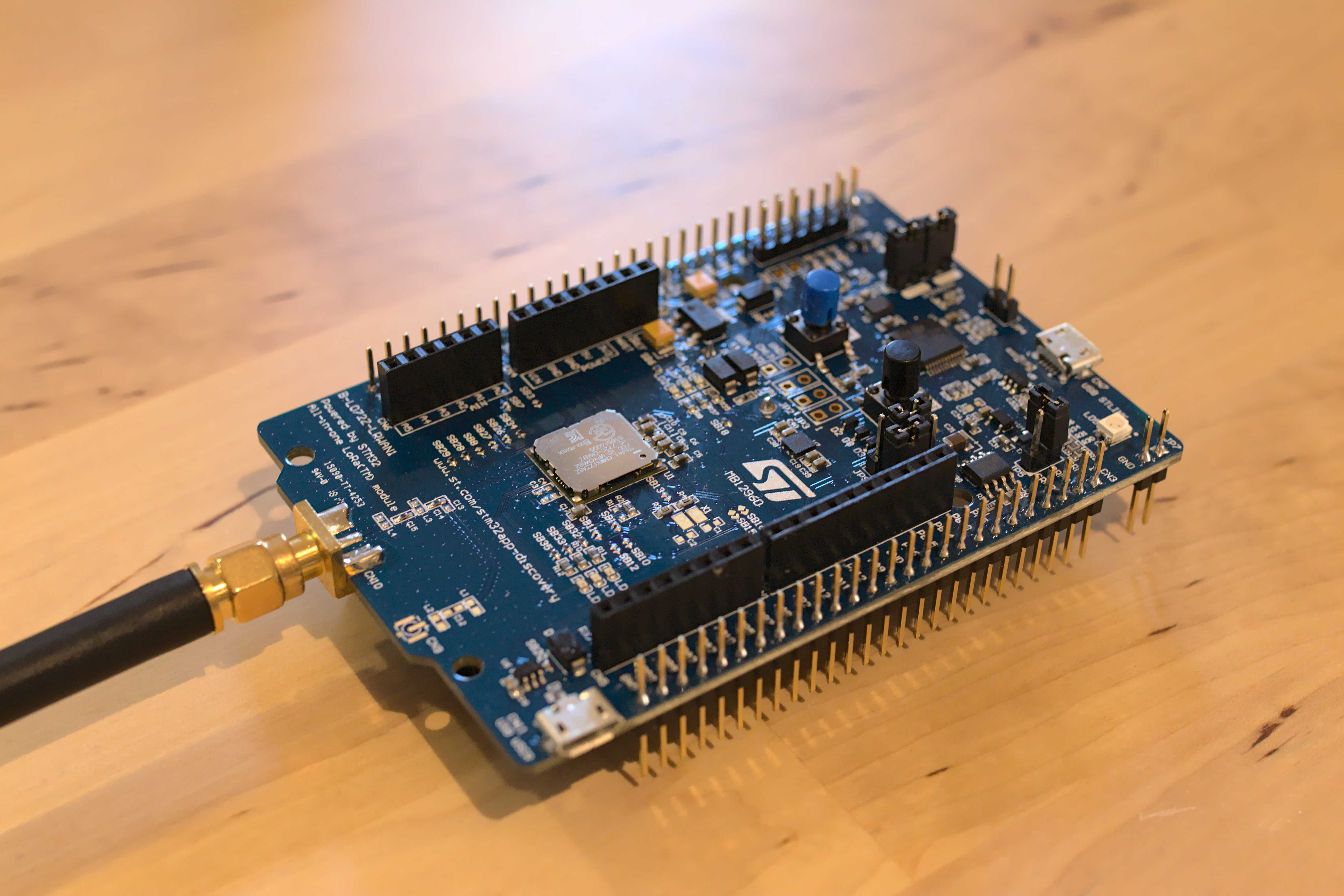 This post shows how to use LDL 0.4.0 on MBED with the DISCO_L072CZ_LRWAN1 development kit. It also points out some noteworthy practical features of the wrapper.

The wrapper can be added to a project with the following mbed-cli command:

The wrapper source is not in the root of the LDL repository but MBED will find it without any special steps.

This demo is much like every other I have written for LDL. It performs over-the-air-activation before dropping into a loop that uses a data service to send “hello world” as often as possible.

This app must be compiled using the MBED bare-metal profile since the RTOS profile doesn’t work so well when you only have 20K of RAM.

In the case of the CMWX1ZZABZ module there are four accessory IO lines that have nothing to do with the SX1276 driver:

The LDL::CMWX1ZZABZ class is able to handle these lines correctly without any changes being made to the common driver code.

Developers with particular security requirements (e.g. a requirement to use a security chip) can implement them by subclassing the abstract security module (LDL::SM).