In this post I compare the apparent cyclomatic complexity and compiled size of two LoRaWAN implementations: LDL and LoRaMac-Node.

LoRaMac-Node has been around for a while and is probably a sensible choice for commercial projects. LDL is experimental and should not be trusted.

Source to be compared is grouped into one of three domains:

The following source files are selected from each project for each domain:

LoRaMac-Node implements more regions, radios, and modes than LDL. Where possible these extra features have been excluded in order to create a more like for like comparison.

Unfortunately not all mismatched features can be excluded. For example, LoRaMac-Node class C is inseparable from class A, while LDL only implements class A. This difference means we should expect LoRaMac-Node to have more LoC and associated scores.

The table below gives a high-level view of the features implemented by the files sorted into the domain tables above. Mismatched features are indicated by a ‘yes’ in one column and a ‘no’ in the other.

The tool pmccabe is used to measure:

The higher the McCabe score, the more complicated the code. Functions with scores above 10 are considered complicated.

To determine compiled size, the source is compiled for an ARM Cortex M0+ using arm-none-aebi-gcc 8.2.1. All compiler settings are in the makefile. Size optimisation (-Os) is used in an effort to produce the smallest possible compiled size.

Both projects are vendored into this repository. The tools pmccabe and gcc are orchestrated from this script. 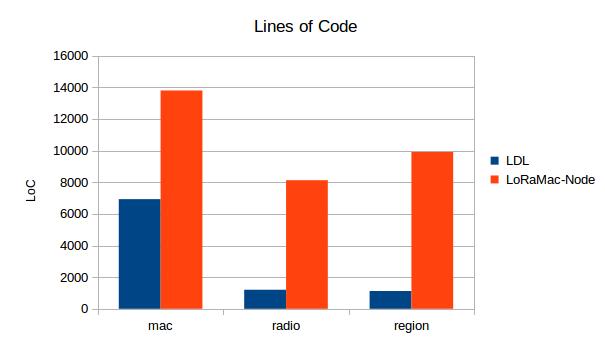 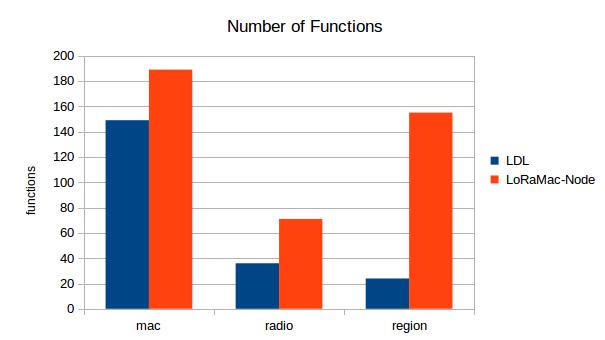 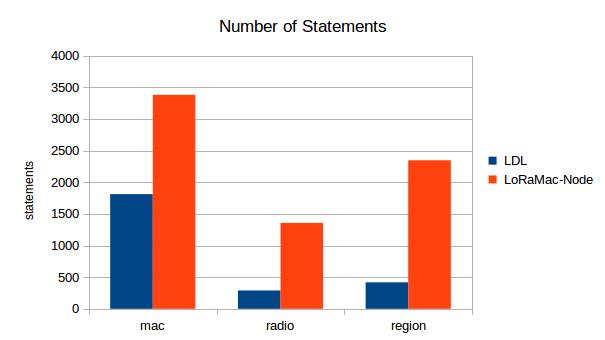 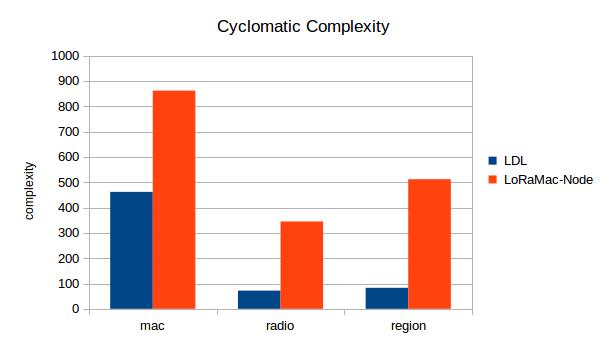 Here I’ve plotted the frequency of function complexity scores for each domain. 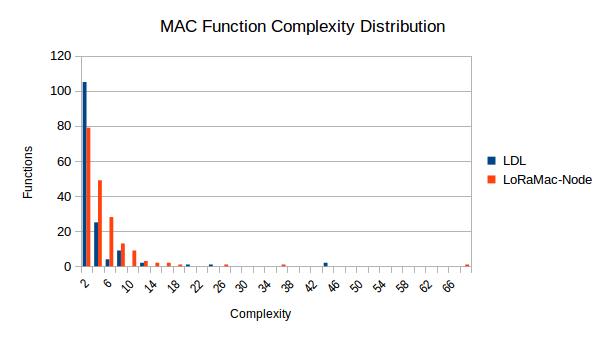 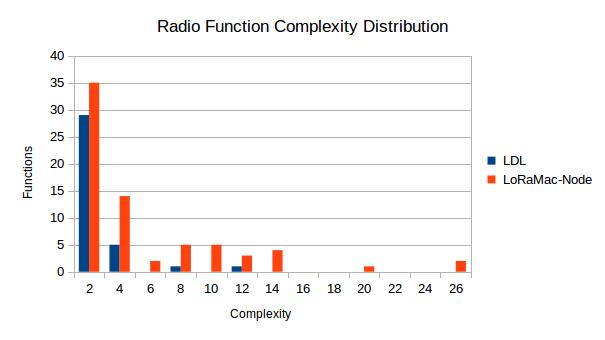 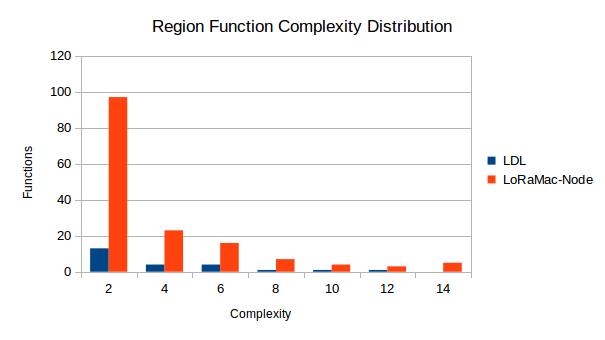 There used to be some graphs here produced by linking the above with an empty demo app. I’ve removed it since the placement of the graph looked like it was using the data in the tables but it was actually using the output from toolchain size tool after the linker had done its thing.