For the past year I’ve been working on a background project called LoraDeviceLib (LDL for short).

Since this is not my day job, I’ve been focusing on the parts of the problem that interest me (the MAC layer) and avoiding anything that seems tedious (buying a gateway, setting up a gateway, debugging radio/hardware related problems, complaining about late kickstarter projects).

To make this work, I’ve been exercising all features on my development machine using small tests with varying degrees of mocking vs. integration. This is effective up until the point where all the parts are ready to come together to talk to a network service. For me, I got to this point at the beginning of the year when I was ready to start talking to The Things Network (TTN).

To continue with my “no hardware” approach, I decided to write a software layer in Ruby that would emulate the hardware components required to connect a free-running instance of LDL up to TTN. Basically, everything in the box marked “emulator”:

The emulator is not one complete program, rather a collection of classes that are composed into a scenario. The classes developed for the emulator live here and everything is arranged in the usual Rubygems pattern.

The classes developed for the emulator look a bit like this: 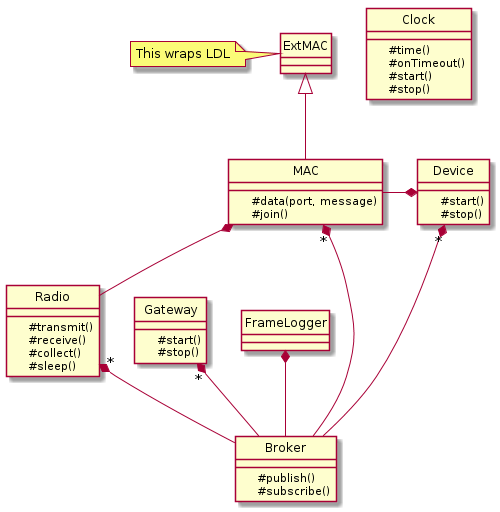 The first thing I wanted to try on the emulator was a scenario in which the device would join and then send and receive data. In bullet point form:

Implemented as a scenario:

Running the scenario for a few seconds produces the following lines on the terminal:

The following CSV format lines are logged by FrameLogger:

We can see the same thing on the TTN data console: 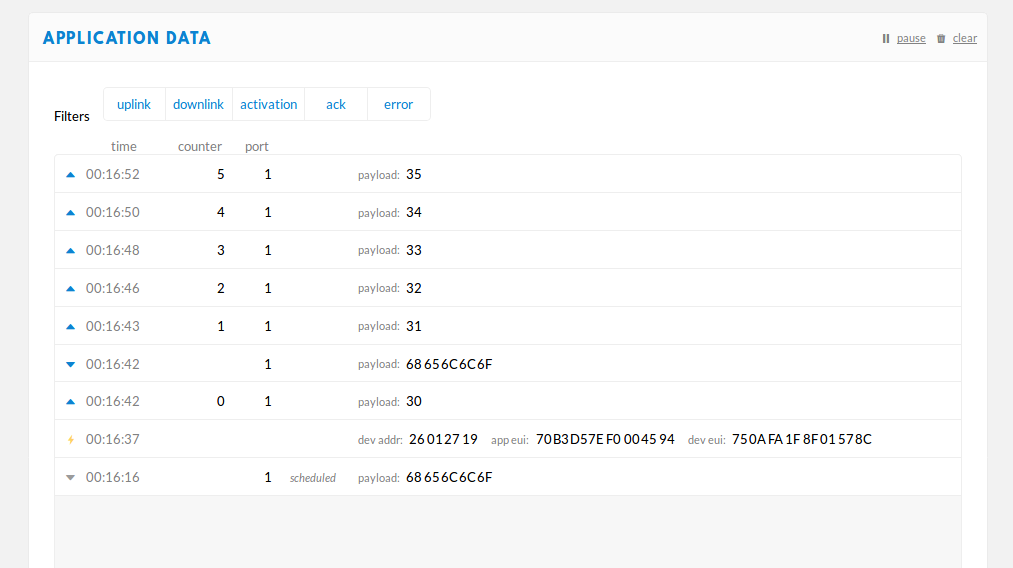 Was It Worth The Trouble?

Yes. It’s just as useful as I thought it would be.

The emulator helps me to:

It’s not perfect. There are plenty of wrinkles and missing features, the most obvious being that the emulator doesn’t simulate the effect of distance and obstacles on radio signals. This means that at this time it’s not useful for debugging ADR or for observing the effect of many devices and gateways operating in the same space.